My Experience with Working with IT Freelancers on Freelance Websites 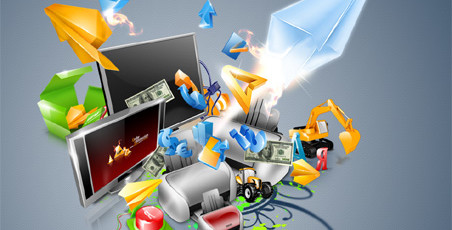 As an IT company project manager I sometimes had to find external resources for a project when ours were all busy. This was a good time to try freelance websites like Elance, Freelancer, Rentacoder, etc.

I registered there and started to search for graphic designers with good reviews. First of all, there were 80,000 of results for a keyword “graphic design”. I’ve dropped a message to several of a first-page IT freelancers. But as I didn’t want to wait for their answer, I’ve posted a project with a short description.

It was completely free of charge. Elance takes its fee later, when the parts start talking about money. Within several minutes I started receiving various responses to my job. They were mainly from Indian companies, about 90% of all of them.

What was really unpleasant is that some of their account managers or sales managers started adding my Skype and calling right after I’ve approved them. I am not an unfriendly person, but I’ve got other things to do and weren’t prepared for such a pushy behavior. The second thing which I didn’t like was that almost each person that contacted me possessed a very bad command of English. They were writing a proposals without punctuation marks so that I couldn’t understand if they were asking or claiming.

One more thing is that only some of them asked something about my project! The rest was copying and pasting their company proposal and claiming they could do it for $50. My project required deeper investigation, I posted just a blurry description. How could one estimate it so fast and precisely? When I looked at these companies reviews I was double surprised. Those who have already estimated the project, had hundreds or thousands of excellent reviews! That looked really unbelievable.

I thought ok, this really should mean something. I’ve chosen the person who replied to me quicker of all and have selected him as a winner. The project was urgent so I was happy when he sent me first samples of graphics in two days. But when I opened them I was speechless. Such a design work can be done by a kid starting to learn Photoshop, not by a professional!

Despite all the good reviews this company was not suitable for my client’s level of requirements. I don’t know who their customers were, maybe they had small programming projects which were OK for their price. But obviously the job they’ve done was not normal in terms of skills and taste a graphic designer should have.

Since then I didn’t try IT freelance sites anymore.

As a brief summary, I can say that freelance websites are good for finding an IT freelancer for a quick and easy job. If you need something more sophisticated and reliable, it’s not a place to search.