Three Huge Reasons to Hire an Outsource Developer for Your Startup

Today’s startup movement is booming not only in the US but also in Europe. Startup weekend Bratislava has brought a bunch of creative ideas and a couple of very good implementations! I was present at the final presentations and enjoyed seeing new faces as well as the serial startupers I’ve known.

Those idea makers who have got programmers in their team, have proved to be extremely effective – during 54 hours (with some hours devoted to sleeping) they created some simple but eye-catchy web solutions from scratch.

Winners of this year Startup Weekend were:

1) Instant Feedback - with the help of this application you can let people instantly provide feedback with their smartphones on your presentation. They scan the QR code and add comments. 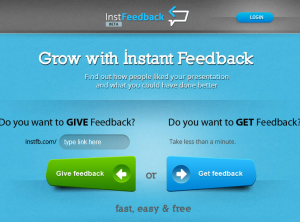 2) TimeZoner - for those who often have to convert different timezones into their own – it would be a perfect browser plugin. With it, you can just click on the time, say, 4:00 EEST and the plugin will show your time that corresponds to it, e.g. 3:00 CET, in a pop up window. 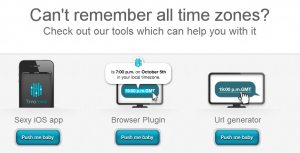 3) Blame it on the Fish  -the craziest but most creative startup ever. It deals with a popular problem that people don’t like to take responsibility for their own actions. There is a golden fish in a round aquarium and a webcam that records all its movements. All that is plugged to the system that based on the fish movements decides “Yes”or “No”. If you are not sure whether you have to go to work today or not, just ask the Fish – it will tell you the answer plus issue a certificate which confirms the decision. 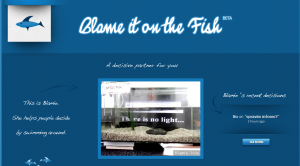 4) PartySmasher - startup that definitely has a great perspective and is very promising in terms of earning money in the future.  It’s an application/mobile website that is created for bars/restaurants/night clubs. It allows them to show the leaderboard of visitors who drank the most, also tracking the kinds of beverages, right on the wall as a projection. Because of its competitive component, people who love drinking would use it eagerly and therefore bars would be striving to purchase it to motivate customers to drink even more. If I were a judge there I would definitely let them win!

Having a great idea contributes only minimally to the general success of the project. Without great implementation, programming-wise, or sales-wise, startup won’t happen.

What should entrepreneurs do if they have an idea but don’t have a team? Startup weekends don’t happen too often to start working tomorrow. Entrepreneurship skills include an important ability to find professionals who love doing their work.

So, finally, what are the Three Huge Reasons to Hire an Outsource Developer for Your Startup?

If you’d like something to be done perfect, ask a professional to do it.

Startupers are usually people who are great entrepreneurs. They possess managerial skills rather than any other. A real programmer is a geek who thinks only about programming, solving, implementing. Programmers don’t think business-wise in general.

The fewer people you have in your initial team, the better. 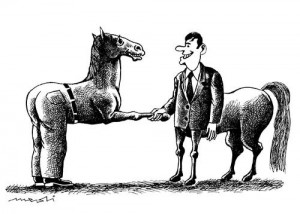 You won’t have problem later when you would need to share property or income with a person who left business. You will have less discussions on a meaningless topics with a person who just have a different view on things than you. Those who have entrepreneurship experience already, know what I am talking about. It’s very difficult to find a partner who would complement your skills.

It will save you time.

Any person who you hire, in contrast to your partner, will be much more responsible and manageable. It’s just a client-customer relationship. If a programmer is your partner and you’ve received a funding from investor, they won’t be not quarter as fast and as effective as a programmer for hire.

You can discuss this article on our Facebook page!